We have long and comprehensive experience in mould or mold manufacturing.

When considering the design and selection of the mould, it is necessary to consider the production quantities. Is the mould intended to produce tens, thousands or millions of parts. Thus, the choice of mould should be related to the intended use.

We are happy to help you choose and manufacture the right mould.

At first, the geometry of the product or the finished mould geometry is needed, on the basis of which the mould is made. In addition, the shrinkage or strain according to the material to be cast needs to be known.

The only limitation in making the mould is the size of the mould, which can be a maximum of 3100x1500x700mm.

After the necessary information, we make the mould according to your wishes and needs from one of the following materials:

After the mould is made, we verify the final result by going through the dividing planes with ink, so that we can make sure that the dividing planes of the mould are properly closed. The moulds can also be measured against the 3D geometry with the FaroGage arm measuring device and thus determine that the mould exactly conforms to the desired geometry.

We are happy to help with any questions you may have

Our main objective is to make the mould with high efficiency and quality while listening to the customers needs. When you need accurate mould manufacturing, contact us! 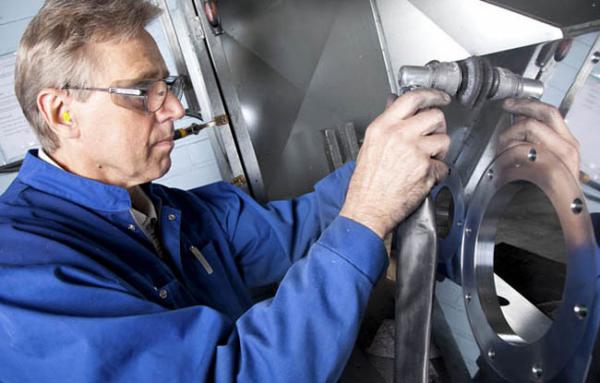